I always felt that the more I got to know Vienna, the more I got to know the history of Europe. Exploring Vienna is an exceptional experience. Coffee culture. A history that comes to life. Museums. It never seems to end. As a fan of “The Third Man” with Orson Welles, a trip to Vienna is always special. But the history of Vienna began long before the twentieth century. Since the Paleolithic period, the lowlands of the Danube have been home to various people who have left their mark on the earth. One of the city’s most revered artifacts is the 24,000-year-old “Venus of Willendorf” that in some ways testifies to the area’s enduring importance to civilization. It is Vienna, once the heart of the Habsburg Empire, first established by the Romans in the 1st century and was nothing more than a small station on the edge of the empire used to defend against Germanic tribes. Vienna was an important city that also found itself at the crossroads of empires. First the Romans, then the Holy Roman Empire, then the Austrian Empire, and finally the Austro-Hungarian Empire, but Vienna’s ability to find itself in the middle of history did not cease after the First World War. During the interwar years it was a hotbed of politics, science and art with names like Sigmund Freud, Adolf Hitler and Joseph Stalin who were all former residents of the city.

Even during the empires, Vienna was a very cosmopolitan city, and although it moved from a significant European imperial center in the 19th century to a smaller capital with a predominantly German language, it still retains much of its urban charm and grandiose lavish architecture and design synonymous with kingdoms of the ancients. Check out some of the best things in Vienna.

The best way to get to know any city is to simply walk along its central boulevard. The Ringstrasse icon in Vienna is the best way to adapt to the city and bring in some of its magnificence. Simply walking down the street is an experience in itself as the Ringstrasse passes by several major places of importance.

Colloquially known as the “ring”, the Ringstrasse is the result of a Hapsburg initiative that sought to connect the outer suburbs with the imperial city center. Work on the boulevard began with the great decree of Emperor Franz Joseph I in 1857 and is the easiest way to orient yourself if you are new to the city. The Ringstrasse has effectively replaced the old wall that once protected the city, but there are now many hotspots of Vienna. The State Opera, the Hofburg, the National Library, the Natural History Museum, the Volksgarten, the Parliament and the City Hall are located inside or on the Ringstrasse.

Of course, if you are looking for a hotel, the places around Ringstrasse are much more luxurious, but if you want to pamper yourself a bit, rich hotels like Park Hyatt Vienna and Hotel Sacher Wien will not disappoint.

Stroll the corridors of the Hofburg Palace

Head towards the Hofburg Palace and enter some of the amazingly decorated designs and luxurious rooms. A walk through the corridors of the palace is a journey through time and Austrian history itself. The building was once the heart of Austro-Hungary. The palace itself is home to a huge amount of history, from the life and horrible death of Empress Elizabeth to the breathtaking baroque masterpiece of the National Library, where Hitler gave his speech “Anschluss”. The palace houses several museums, galleries and even dancing horses.

If you plan to visit, spend a moment or two at the National Library. Upon entering, you will be struck by the absolute splendor of the space. The intricately designed Baroque masterpiece was built in 1726 and was the official library of the Hapsburg court with collections dating from the 14th century. The attractions of the library (in addition to the incredible architecture of the library itself) included Venetian Baroque globes, and even secret hidden passages. 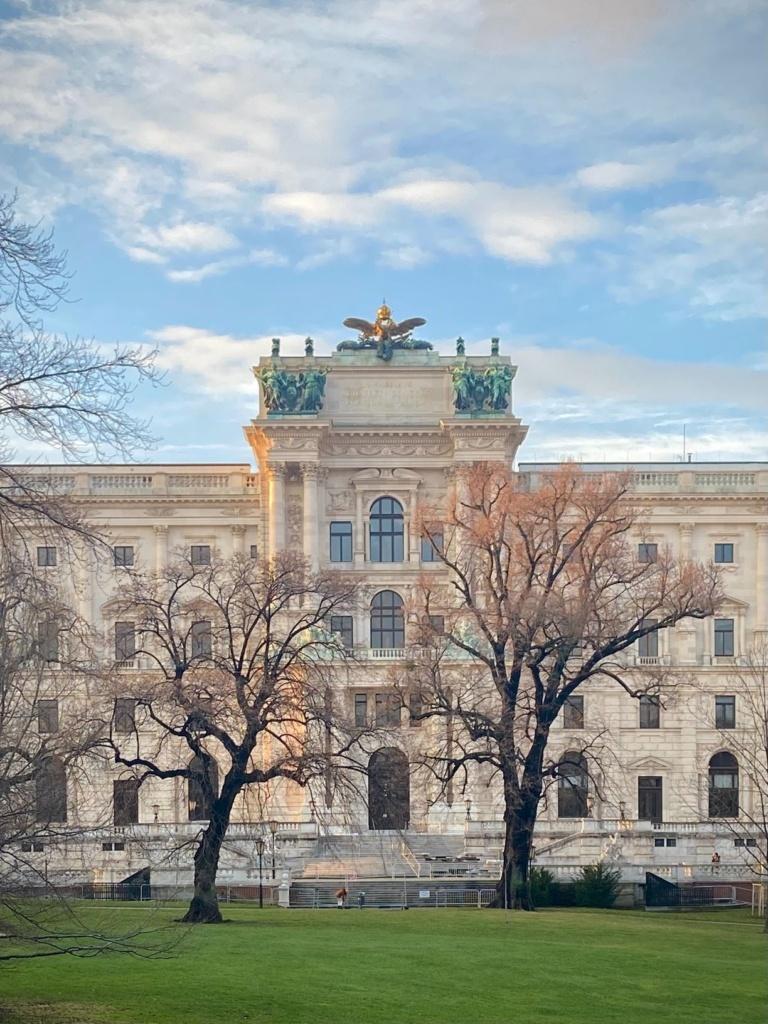 The Hofburg Palace is full of history and luxury. Be sure to check the library.

Take a coffee break in Demel

Founded in 1786, the famous Hofzuckerbäckerei Demel is the oldest café in Vienna. Shortened only for “Demel”, this cafe, like many other bars in the city, is absolutely full of history. The location is near the Hofburg Palace, and was originally the house of the confectionery and chocolate manufacturer from Wurttemberg. The interior is designed in neo-baroque style and has been maintained to look like it did in the 18th and 19th centuries. When you enter, you will notice that the waiters with white aprons address you with “haben schon gewält? Which is the traditional honorary tradition of the third person used for the historical upper class.

In a way you will feel as if this place was reserved for the emperor, and in a way it was. Emperor Franz Joseph loved Demel so much that he was a regular lover of cakes and pralines, that he often shared with his mistress unfortunately his wife Sisi (who herself was addicted to Demel’s purple sorbet).

After awarding Demel the title of “Deliverer of the Imperial and Royal Court”, which continues to this day (despite the lack of any current royal court), a visit to Demel is the highlight for every gourmet. Salty cakes and pastries made according to centuries-old recipes satisfy everyone, from the king to tourists. 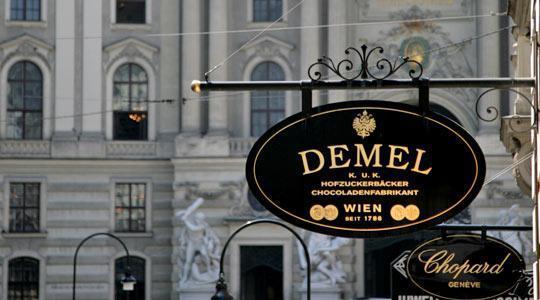 After touring the Palace, head to Demel and have a coffee and pastries. You may never want to leave.

Come to the view of the city from the Vienna Riesenrad

Fans of classical cinema or people who want to get an amazing view of the city will love this attraction, and similar to many other things in Vienna, it is also rooted in history.

Located in the Prater Park, Vienna’s big wheel has been running since 1766. At the height of Austro-Hungarian power, Emperor Joseph II bequeathed his hunting ground in 1766, which then became an amusement park. At the time, it was one of the first amusement parks in Europe, which also made it one of the oldest until the time Ferris Wheel was installed in 1897. What makes the ride recognizable is that it is largely unchanged from its original baroque-style gondola design for the ride.

For film lovers, Wiener Riesenrad could be recognized as an important set design in the 1949 noir The third man starring Joseph Cotton and Orson Welles, and shot primarily on the spot in the ruins of post-war Vienna.

Known around the world as the founder of psychoanalysis, Dr. Sigmund Freud lived on Bergasse 19. The space was also his old office and is now home to the Sigmund Freud Museum. Although his iconic couch now resides in London’s Sigmund Freud Museum, much of the original furniture that makes up much of his former office and waiting room is still found here. Freud and his family lived here until 1938 when the Nazis gathered the Jews of the city and Freud had to flee to London with his family.

Most of the doctor’s writings and papers were made here, along with his extensive antique collection and several other medical items. The museum is accompanied by an archive of 35,000 pieces of psychoanalytic research, along with a film archive and sound recordings made by Freud and his family.

See the Museum of Military History

Whether you love military history or someone who wants to learn about the empire’s past, this beautiful Museum of Military History is a cool place to spend an afternoon. The museum is housed in the halls of a beautifully lavish former arsenal with complex architecture that rivals many of Vienna’s political halls and palaces.

The Museum of Military History has an extensive collection of artifacts dating from the 1600s until the 1950s. See antique aircraft and armaments ranging from muskets to machine guns and their historical implications for the formation of the Austrian state and former empires. The museum has tons of historical objects such as uniforms, dioramas, tanks and medals.

Stretch your brain or have a coffee at Central Cafe

It is no exaggeration to say that Viennese practically invented the culture of cafes. The concept of cafes has always played an important role in shaping the culture, philosophy of debate and generally serving as a meeting place for urban intelligence. While Demel is the oldest cafe, Café Central is the most famous in the city and one of the most important cafes in the world.

The Central Café is located on the ground floor of the Palais Ferstel building and opened in 1876. During the second half of the 19th century, it became popular among Viennese intellectuals and gained a reputation as a meeting place for minds to discuss things like literature, philosophy, and politics. Among the notable regulars of Café Central are people like Sigmund Freud, Adolf Hitler, Leon Trotsky, Stefan Zweig and Josep Broz Tito.

Today, the building still stands as it did in its heyday, with large and decorated domed ceilings, white pillars, gleaming decor and, best of all, world-class pastries. Enjoy coffee and top Austrian apple strudel with sugar or creamy stuffed cream. 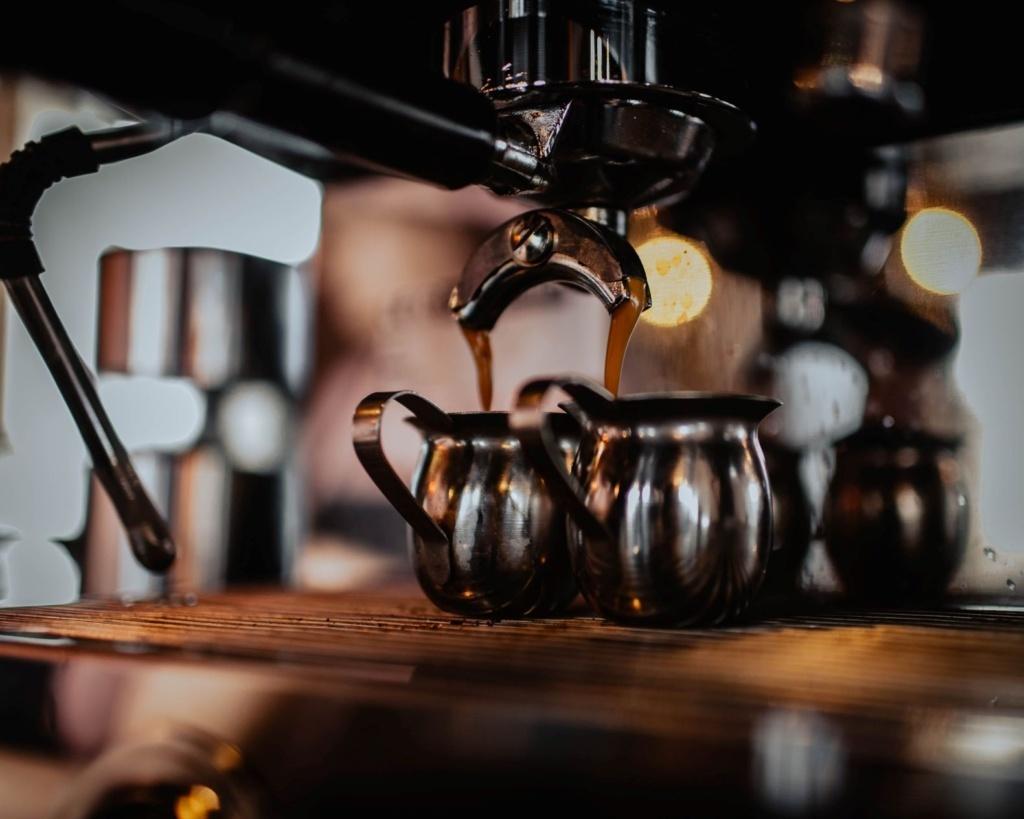 You can’t miss drinking coffee in a café in Vienna. In fact, the culture of cafes is part of UNESCO’s intangible cultural heritage. This should not be missed.

Spend a day with the greats at The Albertina

This museum is a must visit for any art lover out there. This 17th-century palace, once home to the Habsburg archdukes for centuries, houses over a million works of art. The magnificent rooms have been restored to their former glory, but now contain works of art by many of the world’s greatest artists.

Albertina has works representing various artists and movements such as the French Impressionists, the Russian avant-garde and the Viennese Secessionists. Take a walk through the palaces and receive the works of Cezanne, Mir, Kandinsky, Brach, Picasso and Magritte to name just a few.

The Naschmarkt was built in the 16th century and is essentially the finest open-air market where you will shop. In a city known for its lavish buildings and old imperial aesthetics, things in the heart of Vienna can sometimes become a little expensive. Fortunately, Naschmarkt is a cool place that won’t cost you much enjoyment. Taste your way through the Viennese culinary scene (which is not limited to Viennoise). Snack on everything from sauerkraut and sausage sandwiches to Tel Aviv-style shawarma. Naschmarkt is also a pretty great place to pick up some souvenirs like cheese, wine and dried sausages.

Take a dose of creepy at the Crime Museum

A city as old and submissive as Vienna means that it also has a past. The Vienna Criminal Museum traces the city’s criminal history from the Middle Ages to the modern era. The museum itself is also housed in one of the oldest buildings in the city dating back to 1685. The museum has a multitude of interesting objects ranging from medieval torture devices to counterfeit money. There’s a lot you can see and learn about crime, and guests can follow stories of notorious murders and criminal investigations, while also seeing the tools and things that made them famous. Several cases are related to murders, money laundering, brothels and much more.

Vienna is great in the most literal sense. The city is huge and filled with interesting architecture, delicious food and a long (and sometimes dirty) history. Explore lavish museums, baroque halls and legendary cafes while marveling at the idea of ​​where the city came from and where it is now.