Life never stops. An adventure awaits you in Croatia.

It seems that life in Croatia never stops and an adventure in a European gem is always waiting for you. It borders the Adriatic Sea, Hungary, Serbia, Slovenia and Bosnia, the country of Croatia is located at the crossroads of Southern and Central Europe. Although people in the area lived centuries before, then in 1102 the Kingdom of Croatia established monarchical ties with Hungary and was recognized under the Kingdom of Austria-Hungary as an autonomous state. At the end of the First World War and the end of the Hapsburg Empire, Croatia then merged with the Kingdom of Yugoslavia. Since then, Croatia has found itself in some difficult positions in the middle of the 20th century. After World War II, it was part of communist Yugoslavia until the 1980s, when the country’s leader, Josip Broz Tito, died and tensions in the Balkans escalated in the 1990s.

Croatia is a popular tourist destination in the modern world with almost no problems it could have had 30 years ago. While here the Croatian language is the most commonly spoken, and English, German and Italian are spoken near most coastal towns and tourist destinations. Although not the largest country in Europe, it is incredibly diverse with snowy mountains in the north, plains and fields on the Hungarian border, and Mediterranean sun along the coast. Croatia is a beautiful place with tons that you can discover, so head there and see some of the best things you can do in Croatia.

Explore Old Dubrovnik: Located on the Adriatic coast, the city of Dubrovnik is sometimes called the “pearl of the Adriatic”. The city is simply stunningly beautiful because the old town is the center of life on the water itself. The whole area is under the protection of UNESCO World Heritage, and during the Middle Ages it was the only city-state in the area that competed with nearby Venice. The best way to explore the area is to simply remove the map, not checking your smartphone and wandering around. The space is small and might feel a bit claustrophobic with winding streets, alleys and hallways, but many signs and shops will advertise what is being sold (food, cafes, shops, etc.). The city walls that once protected it are now some of the best places for panoramic views of the city or water, and the famous Pile Gate, built in 1537, still offers some amazing sights as they are one of the most famous buildings in the city.

Spend a day at the beach: If you are visiting during the summer months, Croatia can get quite hot. Although you will certainly not be the only one with the idea of ​​spending a hot summer day on the beach, the beaches around Dubrovnik are quite lively, fun and safe. Lapad Beach is easily one of the most popular city beaches that is well taken care of, it is completely pedestrian and there are many bars and cafes nearby if you are looking for a snack or a drink.

Banje Beach is another popular place near the old town, although it is less sandy and pebbly. Entrance is paid little, but that usually means the space is taken care of and is more relaxed and quieter than free public beaches. Enjoy a drink while lying on a deck chair and enjoy the view of the old town and the Adriatic.

Visit the haunted island of Daksa: There is a great sailing culture in Dubrovnik, and people from all over the world sail for a day or a few nights to the marina. But right next to the coast of the city is a small idyllic island of Daxa which is said to be haunted. The island has a century-old Franciscan monastery, a lighthouse and lots of green forest space. So why is this beautiful little island haunted? After World War II, many European countries pledged to eradicate all remaining Nazis and Nazi sympathizers in an act of national pride. When the victorious Yugoslav partisans entered the city looking for the Nazis, they gathered between 50 and 100 people, including the mayor and a priest, brought them to the island of Dax and shot them. The bodies were simply left to rot when they landed without any real guilt or innocence established for any of them. 2010 The found remains were buried properly and since then the island has been sold at a surprisingly cheap price of only 2 million euros. Although it may be surprising why no one wants that.

Admire some art in the historic building: A visit to Dubrovnik and saying you are going somewhere that is “historic” might be a little silly to say considering that the whole place is full of historic buildings, but Sebastian’s Art Gallery is a small and imposing place filled with priceless art. In the heart of the old town is the church of St. Sebastian, which was built in 1469 by Dominican monks. Since then, the monastery has become an art gallery displaying invaluable works of art by Croatian artists and designers. See paintings, glassworks, sculptures and other treasures in the heart of the old town. 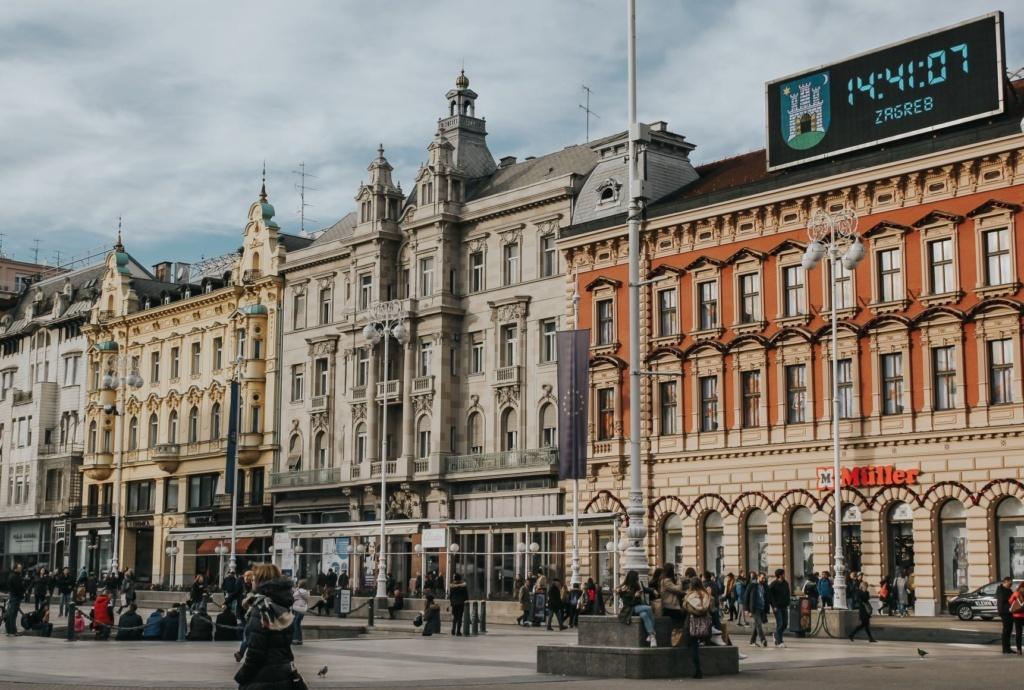 Zagreb has a more medieval look to the city with Gothic architecture and cobbled streets resembling Prague, Vienna and other Central European cities.

Explore the Upper and Lower Town: Although Dubrovnik offers a coastal view and the charm of the sea, Zagreb is a more urban city in Croatia. The city is the capital of the state and is home to over 1 million people. Zagreb has a more medieval look to the city with Gothic architecture and cobbled streets resembling Prague, Vienna and other Central European cities. The largest tourist places in the city are Gornji Grad (Gornji grad) and Dornji Grad (Donji grad). Here you will find most of the restaurants, shops, cafes and bars, and historically the medieval core of Zagreb.

Visit the city’s eccentric museums: Like many major European cities, the cultural heart of the city will usually house museums dedicated to modern art, local history or showcases dedicated to local artists. Although Zagreb has these things, why not take a look at some of the weirder and more eccentric museums the city has to offer.

One such museum is the Museum of Broken Relationships. Initiated by two artists who could not part with things of lost love, they opened a museum so the objects could stay together. Although simple in theory, the idea took off, and museum exhibits traveled throughout Europe and North America gaining popularity and increasing donations. A permanent museum has opened here in Zagreb and although some items are ground-floor such as teddy bears and love letters, a collection of oddities such as a taser, a tear bottle and a prosthetic leg is on display.

Although the Museum of Broken Relationships is a bit strange, for something a little more down-to-earth (though still unique) take a look at the Croatian Museum of Naive Art. Although many museums have fine arts, the Croatian Museum of Naive Art is a kind of opposite. Many great artists have a formal education, trained with other great artists, or went to school to learn finer artistic points, but everything on display here is more down-to-earth. Here are presented artists regular people from the working and middle class. They are self-taught, have not gone to art school and have no formal education, but all parts are striking examples of their daily normalcy.

Hiking to Medvedgrad Fortress: The imposing mountain overlooking the city is Medvednica, and it also houses the Medvedgrad Fortress. The mountain is over 1000 meters high and as such is a bit of an impressive hike, but if you want to hike and get into nature and out of town, this is the place to be. Hiking and biking trails are well maintained and even inexperienced hikers won’t have too many problems. At the top, when you reach Medvedgrad, the fortress offers the best view of Zagreb, and there are cafes, rest areas and restaurants. Guests should be aware that Medvedgrad is the site of the monument “Altar of the Homeland” dedicated to Croatian soldiers, so respect this area. 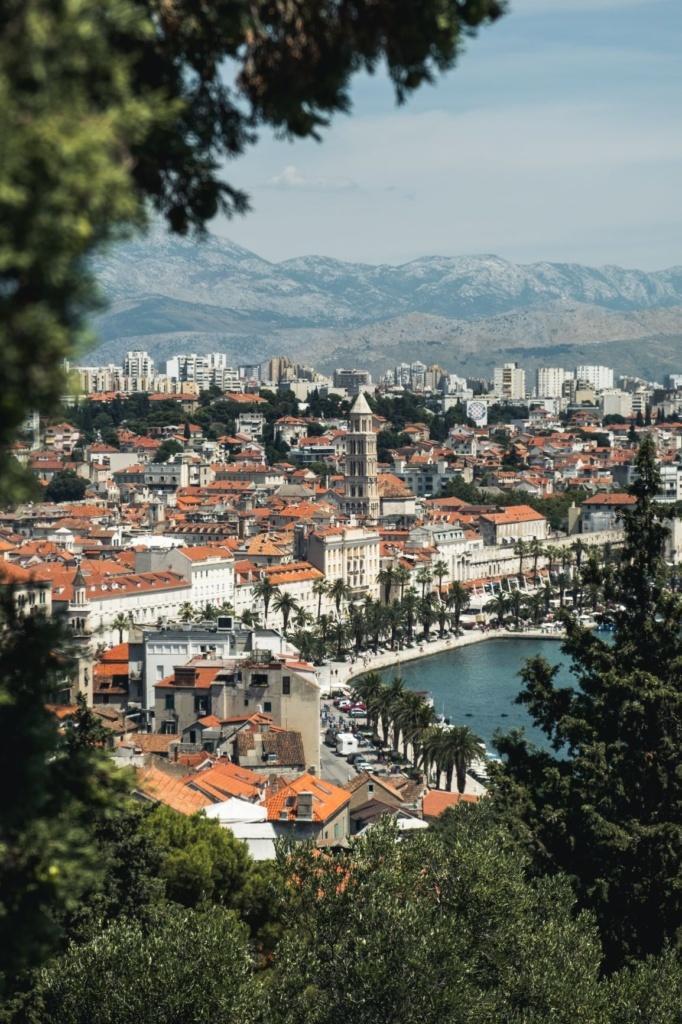 Spend the day in Diocletian’s Palace: Split is the largest city after Zagreb and is a kind of environment between old historic Dubrovnik and more urban Zagreb. Given this, Split is still full of interesting places to see such as Diocletian’s Palace. Overlooking the Adriatic Sea, the palace was built in 305 AD for Diocletian after his retirement. Diocletian spent four years here until his suicide in 311. Looking at the palace, the building is more reminiscent of a fort than a palace with high walls, gates and a bell tower. In modern times the area is used for concerts, tours, entertainment and is under UNESCO protection.

Spend a day or two in Hvar: The island of Hvar is a short ferry ride from Split and is one of the most modern places in the country to visit. The town is relatively small, but hiking trails, green hills and lavender fields make traveling here absolutely worthwhile. Hvar is along the Adriatic coast and has had the influence of Italian and Croatian since the time when it was ruled by the Venetians. Therefore, in the town square and the church from the 16th century, expect ornate Italian architecture, as well as some of the best seafood you can find in the country.

Eat: No matter where you go, you will have to eat, but there is a reason why the “Mediterranean diet” is respected as one of the healthiest. The food in Split is one of the best in the world and some of the freshest. Markets are plentiful, and some of the local specialties include Soparnik, a flat crepe dough filled with chard, onions and baked in the fireplace before being topped with olive oil and garlic. You can find Dalmatian-style gnocchi in many restaurants and Kebabs are pork, beef or lamb that are ground, rolled, then grilled and served with onions and ajvar. With Italy across the Adriatic, there is also no shortage of delicious pastas, risottos and other dishes influenced by Italy.

Fun at Carpe Diem Europe is home to amazing clubs, and Carpe Diem is the most popular place in Split. Located next to an island on the island of Hvar, Carpe Diem is a place where you can dance the night away on a private island with great energy and even bigger DJs. Performers and artists are usually internationally known on tour as well. Boats depart from the port in Split to Hvar, and then from there to the island.

From the old cobbled streets of Dubrovnik to the medieval capital of Zagreb, Croatia is full of amazing things to experience. Views of the Adriatic and amazing fresh food are not to be missed while the architecture of the city makes you feel like in a fairy tale wherever you look. Hike the mountains or lounge on the beach or do both! Croatia is here for all types of travelers.