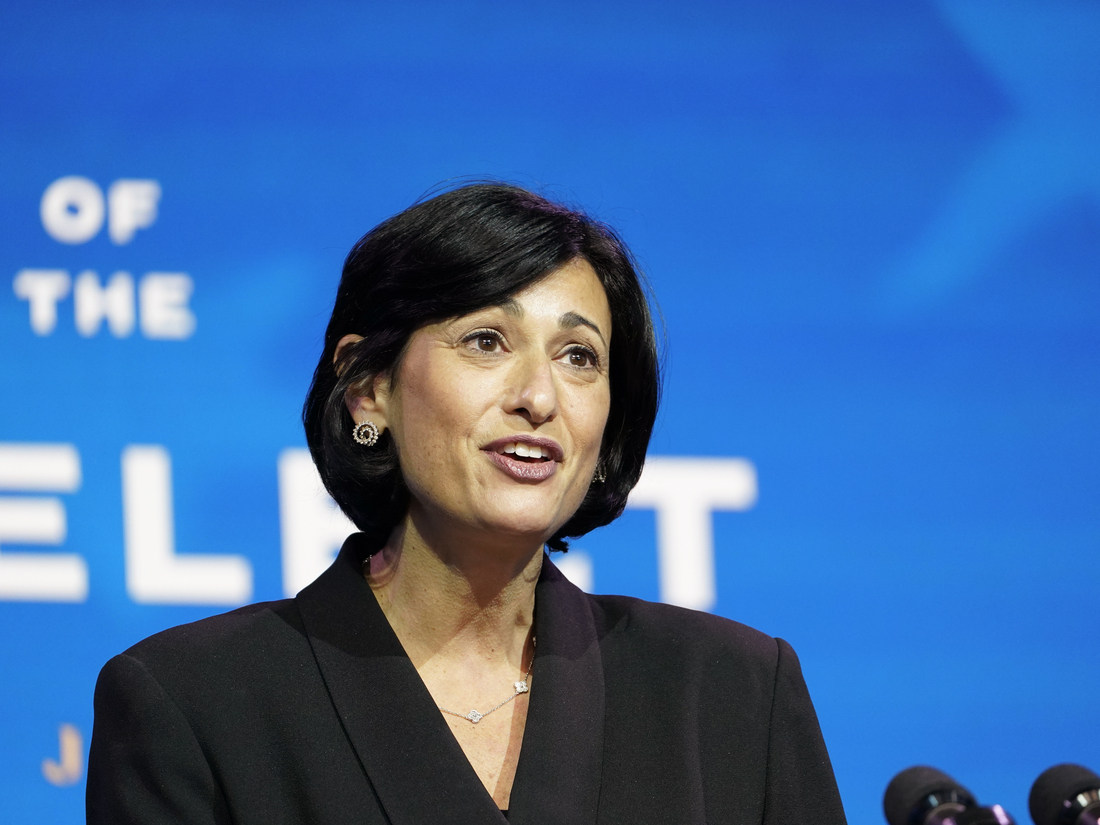 CDC Director Rochelle Walensky said in an interview with NPR on Wednesday that the nation is fighting winds in a fight to end a pandemic of new versions of the virus and efforts to lift coronavirus restrictions. 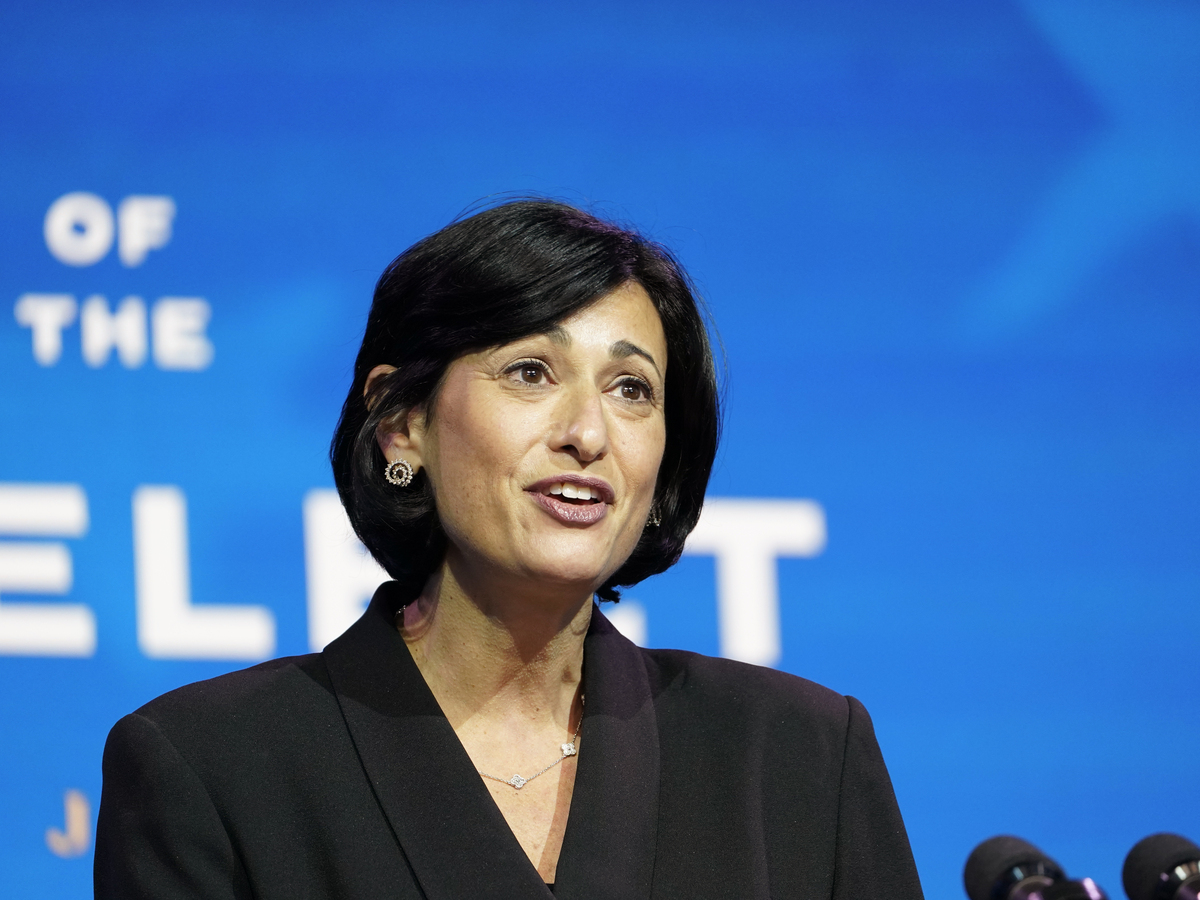 CDC Director Rochelle Walensky said in an interview with NPR on Wednesday that the nation is fighting winds in a fight to end a pandemic of new versions of the virus and efforts to lift coronavirus restrictions.

The director of the Centers for Disease Control and Prevention on Wednesday expressed concern over the recent rise in new coronavirus cases, warning that pandemic fatigue and easing of restrictions could form the basis for another wave this spring.

In an interview with NPR’s All Things Considered, dr. Rochelle Walensky said the next few weeks could prove crucial in determining whether the United States will finally be able to find a way out of the crisis, about a year of a pandemic. But she said the nation is facing winds both because of the spread of highly transmissible variants of the virus and because of efforts to roll guidelines around everything from the use of masks to how quickly businesses can reopen.

“In an alternative vision,” Walensky continued, “I see that we’re really getting worse for a few more months, vaccinating so many people and coming to a really great place by summer.”

Walenski’s comments followed announcements by the governors of Texas and Mississippi on Tuesday to abolish camouflage mandates in their countries and allow businesses to reopen at full capacity – decisions President Biden compared “Neanderthal thinking” On Wednesday.

“The CDC strongly recommends routine disguise, routine social distancing right now, right at the moment we are in this nexus situation, at this critical time, at this thin point. So it doesn’t quite fit the guidelines we recommend,” Walensky said. citing announcements from Tuesday.

“I will say, however, that the reason I am disguised is not because my governor is telling me so,” she added. “The reason I disguise myself is because I know he protects himself, protects my loved ones, protects my neighbors and my community, so I think everyone is trained to do the right thing and put on a mask.”

Although returns in Texas and Mississippi are the two most expansive in the state, they are far from being the only ones announced. Massachusetts allowed restaurants to open at full capacity, and in South Carolina, Governor Henry McMaster lifted bans on large gatherings.

Walensky recognized the reality of pandemic fatigue. “We’re all exhausted,” she said.

But now, as more Americans get vaccinated, “there’s a vision, there’s a light at the end of the tunnel,” she said.

“It’s not the time to stop and stop wearing a mask.”

Since taking office in January, Walensky has mostly watched signs hoping to fight the pandemic. Overall, new infections have dropped by about 70%, bringing the average number of new cases close to the level last seen in the fall. Meanwhile, the number of new people hospitalized for COVID-19 has dropped by about 60% since the peak of January.

But on Wednesday, the CDC director warned that the agency still sees “worrying signs” that recent progress has stalled. Speaking at a White House briefing, Walensky said the latest seven-day average of new cases is 66,000, an increase of 3.5% in the previous seven days. Deaths rose 2.2% over the period to just over 2,000 each day.

Officials attributed the increase to variants of the virus that are beginning to spread and spread faster across the country – especially variant B.1.1.7, which was first discovered in the UK and found to be 50% more transmissible than the strain circulating in the United States. States.

“What worries me the most is that we’re really stabilizing now, balancing around 60,000 to 70,000 cases a day, and that’s too many cases to try to end this pandemic,” Walensky told NPR.

“It also worries me, because as we somehow stabilize with these very high levels of the virus, we have this hyper-transmissible strain, strain B.1.1.7, that really threatens the progress we’ve made to date,” she said. “And so, with these levels of circulating viruses and this hyper-transmissible strain, I’m just worried about what the future looks like.”

Walensky said it was too early to say whether the country was hitting a plateau of cases or entering a longer-term rise in cases.

As for the vaccine, Walensky expressed optimism when asked about President Biden forecast this week that by the end of May there will be a sufficient supply of vaccines for every adult in the United States. That effort was spurred over the weekend by the Food and Drug Administration’s decision to approve the Johnson & Johnson vaccine for emergency use, the third vaccine to secure that approval.

“I think the supply will increase more and more in the coming weeks. I think the end of March looks better, the end of April even better than that,” Walensky said. “So I think we’re really talking in the range of four to eight weeks, where we’re really going to start seeing a real increase in supply.”

The sound for this story was produced and edited by Andrea Hsu, Mia Venkat and Courtney Dorning.