The best from Croatia

Wondering where to enter Croatia? It is not easy to choose a favorite place to visit because the Islands have many stunning landscapes and beautiful cities. The small European country has become a popular tourist destination and is incredibly breathtaking.

The history of Croatia began thousands of years ago. Most of the current infrastructure has stood the test of time and has been preserved as an integral part of its present-day culture. With a huge amazing history and striking architecture, Croatia is one of the few countries that has many unexpected surprises. UNESCO World Heritage has recognized and protected nearly 20 sites.

If you are planning to visit this famous country on the Adriatic Sea, start your vacation by visiting a few unique ones UNESCO sites.

This article lists some of the best heritage sites as well as other exotic destinations we feel in love with.

So here we go.

As one of the UNESCO World Heritage Sites in Croatia, this park of limestone and chalk is huge! Known for its striking formations, waterfalls, lakes and various plants, Plitvice Lakes was designated a UNESCO World Heritage Site in 1979. Since then, no one can swim or engage in any water sports activities in the lake to preserve the water. Visit the striking network of 16 lakes separated by natural dams, with the color changing each season. In addition to the paradise landscape, the park is home to rare beautiful birds, giant bears and wolves. 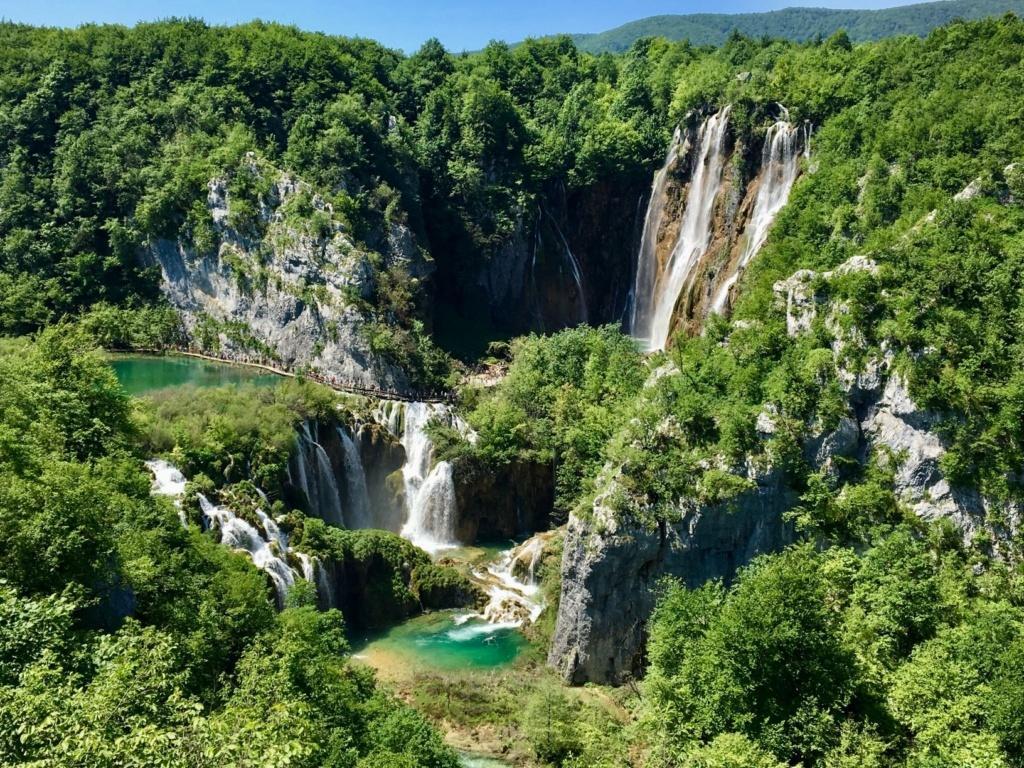 The historical complex of Split

Built around 300 AD, the history of this site lasts for almost two thousand years, as the residence (palace) of the Roman emperor Diocletian. It is built entirely of stone from the island of Brač – it is currently kept as an open-air museum.

The palace houses one of the Croatian currencies – the back of 500 kuna, published in 1993. Take a tour of this beautiful Roman architecture and experience life in Ancient Rome. Everything in the palace is articulated preserved, and the whole place is a magnificent sight to watch as you relive life from the past.

The Split complex was used as one of the locations of the fictional series of HBO’s TV show “Game of Thrones”.

The Venetian defense system it was built between the 15th and 17th centuries by the Venetian Republic on the shores of the Adriatic Sea. The defense system also includes the fort of St. Nikola on the island of Ljuljevac near Šibenik and the walls of Zadar, showing the incredible military architecture.

The Venetian defense system is the latest addition to Croatia’s UNESCO World Heritage List. The site has been preserved to protect key sea routes that carry wealth to La Serenissima.

Split is a beautiful city to explore and attracts many travelers – it is also one of the venues for filming Game of Thrones, which adds to its popularity.

The best cities to visit in Croatia

Slavonia is an underrated Croatian park and a much less visited part of the country. In 2015, he was named the first in Croatia UNESCO Geopark. Krapanj (spongy town) is the smallest and most populated island in the Šibenik region – known for its processing process since the 18th century.

Šibenik there are plenty of hiking and biking trails for an afternoon of easy walking or cycling through the city as you explore the Island.

Visit the village of Mučići, head to the Pegasus Equestrian Club and enjoy watching the horses trotting along with the beautiful fields. If you can ride a horse, the better, you can ride any healthy horse of your choice, and if not, well, you might jump on a pony for a slower, safer joyre.

Beach lovers can head to one of the many pebble beaches to swim, sunbathe, dive in the deep waters and spearfishing.

The island has shipwreck sites that you can also visit and learn about past sails.

Zagreb, The capital of Croatia, is an enchanting place to visit, especially around Christmas. It is a favorite place for most Europeans for winter.

The city is known for its fascinating Christmas markets in Europe, which attract hordes of tourists every year. Accommodation during the peak season isn’t cheap, so if you’re not into extravagance, you can skip the season and visit it much later when the Christmas fever subsides.

Visit Ban Jelačić Square, a famous place to visit the city, which is mostly visited because of the famous statue of Ban Josip Jelačić that dominates the square.

Later you can visit the Zoo in Maksimir Park, such a quiet, perfect place for nature lovers away from the city crowds.

In the evening, enjoy a romantic dinner at one of the city’s restaurants or have fun in the hop and dance until dawn at any modern city club.

The best places to stay in Zagreb include: 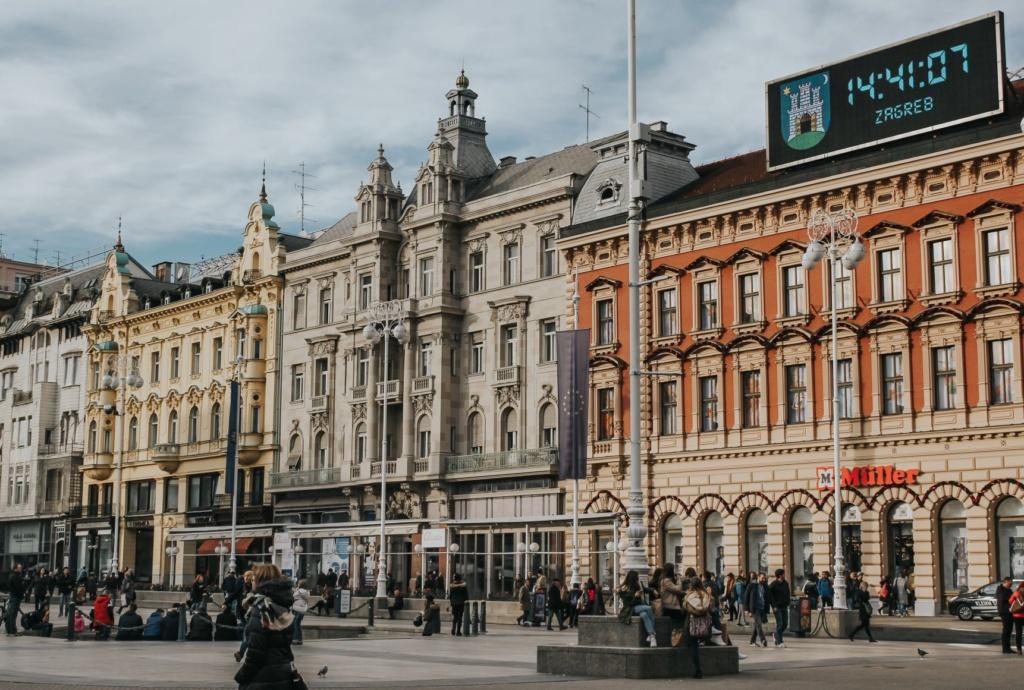 If you can, visit Zagreb during Christmas when it becomes magical.

From the ancient monastery gardens Šibenik to the beautiful, picturesque views of Trogir, this charming, hilly old town has over two thousand steps that you have to climb to get around it.

The city of fortresses, Šibenik, has a rich history and once served as the official city of the Croatian king.

Visit the ancient cathedral of St. Jacob, built in the 15th century. The spacious church is located in the heart of the city and is recognized as UNESCO World Heritage Site site.

Later you can go to the medieval Mediterranean garden, a beautiful little garden with unusual plants and trees, which is stunning. Sit in a cozy café and enjoy a drink while enjoying the beautiful scenery.

Šibenik not for those with a weak heart, there are several fortresses, but the best is the Barone Fortress. Located at the top of the city, you’ll have to make a strenuous trek, but when you get to the fort, it’s worth the climb. Start by exploring the excellent museum, and later enjoy the city’s sights from below and the vast Adriatic Sea.

Zadar is a big city and probably one of the most beautiful cities on the Adriatic coast.

All about it Zadar take your breath away, starting a tour of Land Gate and explore the old town. You can’t miss the monuments to the sun and the Sea Organ created by Nikola Bašić – The Sun Organ is a massive LED light connection that plays with natural elements through light.

Sea organ is a collection of installed pipes hidden under stairs that lean into the sea. The monument communicates with nature by catching the sounds of wind and waves. As you approach the monument to the sea, you hear pleasant, soothing sounds from a distance which is truly a magical moment to experience!

Another fantastic landscape in Zadar includes Cathedral of St. James, i Church of St. Donatus – a colossal church along the coastal boulevard, which with its magnificent presence dominates the entire coast.

Visit Biograd na Moru in northern Dalmatia, a small town in the middle of the Adriatic Sea. It is a famous city known for sea tourism; see the large marina Kornati – a seaport west of the city. It has 15 docks fortified with 750 berths.

Biograd na Moru hosts more than 10,000 boaters every year from all over the world. The city was once the crown municipality of Croatian kings and has been receiving tourists since 1920, leading to the first hotel built in 1935.

Other activities around the port include sports activities such as water skiing, surfing, beach ball activities, tennis, swimming and more.

You can also visit one of the parks;

Places to stay include:

City Korcula is often labeled as a favorite city in Croatia. It is also a famous city with a huge crowd and lively nightlife. If you love a place where the bustling city is full of tourists and wild pleasure, this is the best place to do it. It is charming and has this gigantic city gate that attracts you with a warm welcome when entering the city.

Korcula is known for its legendary travel stories about Marco Polo. Legend has it that this was his birthplace, so you will find all kinds of souvenirs in his name. There is also a museum in his memory, full of his objects.

As you walk around the city, you will also notice other souvenir shops selling unique gifts to take home.

This is a relaxed city, so the only activities here are enjoying the beautiful scenery, pop in the cafes and restaurants and explore the various local cuisines.

Perhaps the most amazing celestial landscape is the Peljesac peninsula, viewed from a strategic point in any of the cafes near the city walls.

You can choose any of these hotels to stay.

Trogir is undoubtedly a hidden gem. You will not find it in any tourist route or any tourist company that should visit this lovely town. Located between mainland Croatia and Ciovo, Trogir is a small island connected by massive bridges with two cities.

You could call it your happy place or a peaceful haven to escape to. Spend the day strolling the narrow streets, visiting the public park and enjoying the pleasant view of the Adriatic Sea.

Visit St. Lawrence Cathedral in the center of the town square. Tall buildings in the square prefer to hide it, so for a better view you will have to walk right to the location.

Another picturesque view of Trogir is Kamerlengo Tower – a castle from the 15th century with an incredibly stunning view of the entire city and the picturesque harbor. Tower is the perfect place to take beautiful photos of the whole Island.

Places to stay in Trogir include:

Croatia is a nice place to visit all year round. Most cities are connected by highway, so it is faster to reach your destination by road. You can rent a car if you stay for a week or more. It is such a heavenly serene destination for those who want to relax without much activity. The country is relatively small, so you can quickly manage on your own. Just hire a taxi and book all your holidays in advance and you will be fine.